I really could not find a more apt name for this Brownie. I have made well over 50 brownies since I started baking, and the last 5 out of them have been the last 5 days where I have baked these yummies repeatedly, and they have been devoured within no time. Call it the Brownie obsession, but people just keep asking for more! I gifted a mug version of the brownie to my gym instructor the other day and he asked me to make more for him too!

To try describing this recipe, it would be like an adult version of the brownie because it relies only and only on Cocoa and we use Oil instead of butter in the recipe which makes it lesser in calories (165 calories per piece as compared to a whopping 290 per piece of a butter laden chocolate chip filled brownie - does not mean you eat double the quantity :D But it is hard to resist!) and there is absolutely no compromise in taste, in fact I would go ahead and say that it tastes way better than the normal brownies if not just as good as them. So without further ado, here is the recipe!

The Oh-My-God-It's-So-Good-When-Are-You-Making-It-Again? Brownie.
Makes 24 normal slices or 16 huge ones, or 12 ginormous slices.
Recipe from Allrecipes

A handy tip : Use the same sized measuring cup to measure out all ingredients! And unless otherwise stated, they all should be at room temperature ideally.

3/4th cup Cocoa Powder
1/2 teaspoon Baking Soda
1/3rd cup Oil + 1/3rd cup Oil (we will be adding the Oil 1/3 cup at a time)
1/2 cup Boiling Water
1 + 3/4th cup Sugar (I prefer granulated Sugar in Brownies, I used less Sugar as compared to the original recipe because I really thought it was sweet enough, and it was!)
2 cold Eggs
1 + 1/3rd cup All Purpose Flour
1/4th teaspoon Salt
1 teaspoon Vanilla Essence, (or 1/2 tsp if you are using Vanilla Extract)

Preheat the oven to 175C/350F. Grease your baking pan and line it with parchment paper or butter paper at the bottom.

In a mixing bowl, sift together the Cocoa Powder and Baking Soda.

Add 1/3rd cup oil and the boiling water to that. Mix well. The hot water really helps the cocoa powder to incorporate into the oil and make it a nice smooth mixture.

Next, we add in our Sugar and Eggs, and mix till it is incorporated. You will have a wonderfully glossy mixture at this stage.

Add in the remaining 1/3rd cup of Oil and mix it all together. You will see that the mixture is well in the liquid state. Fret not. The Flour is yet to come.Sift in the Flour and Salt followed by Vanilla, and mix till the flour is just incorporated into the mixture.Pour this mixture into the baking tray.

Now, you need to know that a Brownie is not a cake which has a lot of air incorporated into it, which is why it is pretty heavy. So after you pour in the mixture, make sure that you pick your baking tray and gently tap it on the kitchen surface a couple of times so that whatever air bubbles are in the batter rise to the top and you get a beautifully rich and fudgy brownie as a result.

Bake this baby for 45 minutes in the oven and check it with a knife or a toothpick after 30 minutes itself to ensure that you are not burning the brownie. The center should be nice and moist and there should be slight crumbs on the surface of the knife/toothpick. You must remove chocolate based cakes/brownies when they are a little underdone, coz they would still cook while the cake is cooling outside the oven and you would end up with a nice and moist crumb. This does not apply to white cakes though!

Remove the brownie from the oven and let it cool down completely (very tough job) before you cut into it and serve it with a nice scoop of Vanilla Ice Cream or with a glass of plain milk, but I really doubt it coz my Vanilla Ice Cream is still in the freezer as the brownie was over before I could get to the fridge and scoop it up!

Posted by Caramel Wings at 6:02 PM 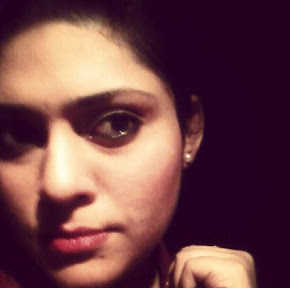